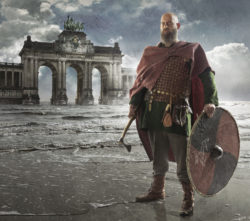 The fall of the Roman Empire set Europe on a declining path. That is, at least, what the classic version of the story about the Early Middle Ages tells us. Indeed, this period which extends from 300 to 1000 A.C. is also known as the 'Dark Ages'.

The Crossroads exhibition invites you to travel through the Early Middle Ages and to reconsider the classic version of this period of History which was, in reality, fascinating. Visit the exhibition to meet the Avars, the Francs, the Merovingians, the Byzantines, the Egyptians and the Vikings. 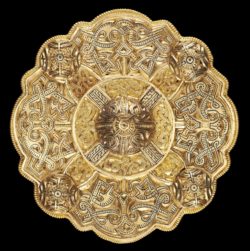 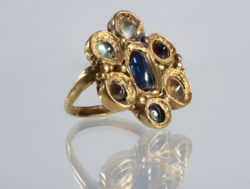 Europe in times of change

In 476 A.C. the last Western Roman Emperor, Romulus Augustulus ("the small emperor") is overthrown by Odoacer. However, this event did not put an end to the Antique tradition and did not propel Western Europe into complete chaos, but rather marked the beginning of a period of change. During this dynamic period, commerce and trade created mutual influences between different cultural identities. The persistence of the ancient tradition can also be observed in certain fields and places.

Travel back in time

Come discover the past at the Crossroads exhibition. We will embark on a journey through the Early Middle Ages. 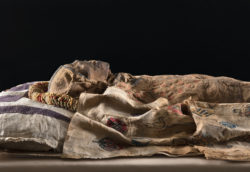 The tomb of the mummy

Funerary rituals reveal how humans perceived life and death. Discover the funerary chamber of the mummy 'Euphemia', based on funerary findings in a necropolis and other more recent archeological researches. This Coptic mummy from the 6th century and her funerary artifacts were meticulously restored for this exhibition.

05 Restoration of the clothing of the mummy

06 Cleaning of the dust and filth

The exhibition takes you back 1500 years ago. Enter our Merovingian house and discover how our ancestors lived. Recent Merovingian findings will show you how trade and long distance networks already existed in that period. 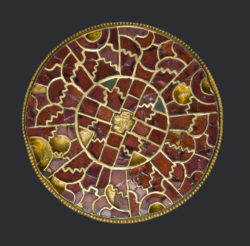 The Vikings are coming!

Vikings are often perceived as violent invaders who turned our regions into a dangerous and tumultuous land. But is that perception close to the reality of the time? Climb aboard a replica of a Viking ship to learn all about these unruly warriors. 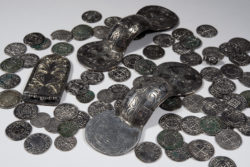 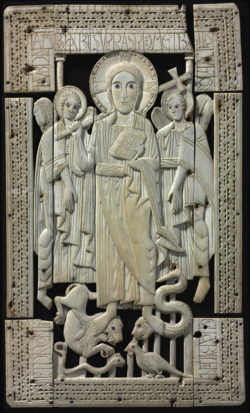 A sanctuary in the Middle Ages

During the Early Middle Ages, three great religions coexist: Christianity, Judaism, and Islam. Sometimes a conflicting relation, this coexistence of religions also follows the path of mutual exchanges and influences. In our medieval sanctuary, we focus on the cult of the saints of the beginnings of Christianity and on the associated relics. 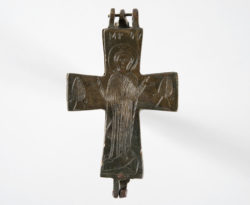 The Western Roman Empire is no more, and in the East, Byzantium is being built on the Roman heritage. The influence of Antiquity is not gone, but the tradition continues in different ways. How? Come and find out at the exhibit and visit the replica of an Odeon (small roman theater)! 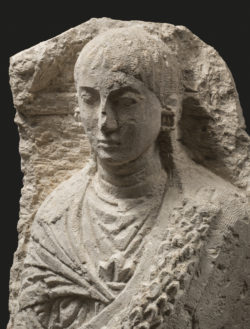 Embrace your inner archeologist and participate in our ArcheoHotspot! On Wednesdays, Saturdays and Sundays from 14:00-16:00, we invite you to handle real archeological tools and to ask your questions to the archeologists, archeobotanists, anthropologists and archeozoologists on site who will share their passion with you. 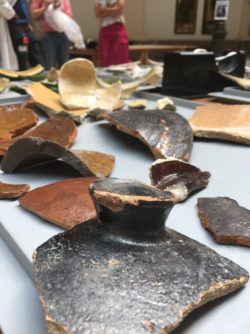 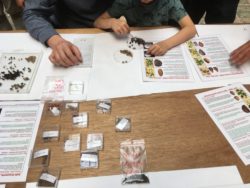 We offer regular guided tours of the exhibit, as well as a plethora of activities. Keep an eye on our website and social media for more information.

A particular attention is offered to schools: we offer a tailor-made programme for teachers and students of the second degree of secondary education. Other school levels (primary and non-second degree secondary school) can also contact us.

Visitor's Guide or app for smartphone

With this travel guide in your hands, you are ready to make the most of your trip through the Middle Ages! And discover with the izi.TRAVEL app the 17 highlights of the exhibition, selected by the two curators.

Please find here pictures for the exhibition.
Journalists are free to use the images in their articles concerning the exhibitions.

Made possible thanks to 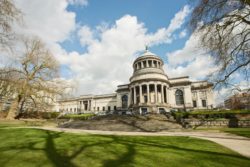 Know more about our new name